The first version was built the week before the mini sumo competition at DragonCon and used a Zumo chassis, 100:1 high current micro gear motors, an Arduino Uno, a Sparkfun motor shield, 2 QTR-1A line sensors, and 2 medium range analog Sharp IR detectors. I also added onto the front blade a flip down blade. The box was custom built and also holds a 9V battery to drive the Arduino + sensors, with the Zumo’s 4 AA’s driving the motors.

Basic Chassis Built, no electronics or sensors added yet: 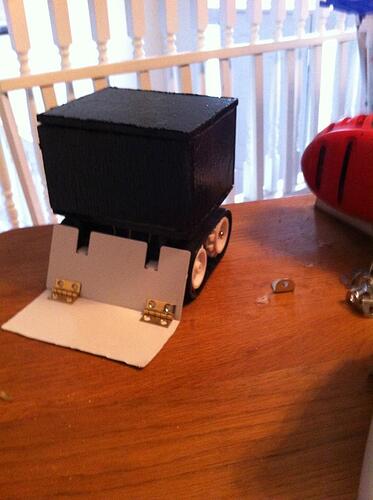 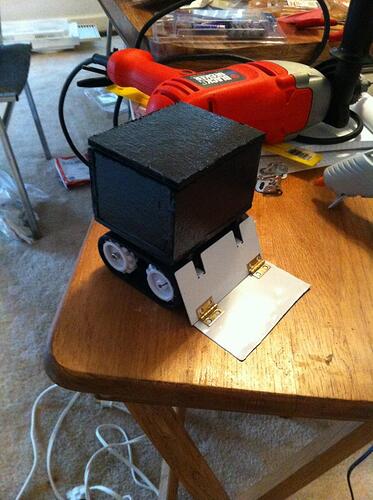 And with the sensors + internals 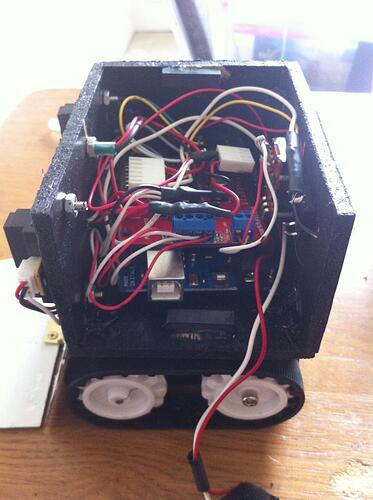 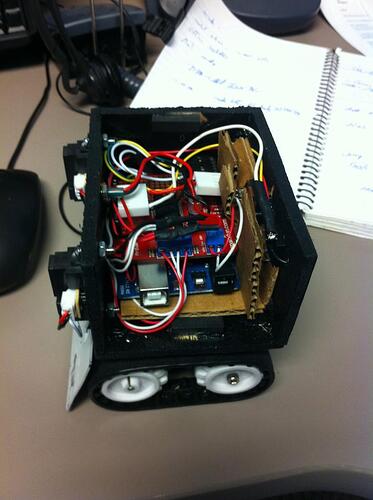 This version took 2nd place in the competition…

With that setup I was right up against the size and weight limits, and had zero wiggle room. So I decided to refine things a bit. Replacing the Uno with an Arduino Nano, and the motor shield with a TB6612FNG motor controller, cutting the box down a little bit, and adding a 3rd IR sensor in the middle, with the 2 outer ones angled out a bit. I also run it without the top on, which saved a bit more weight as well. 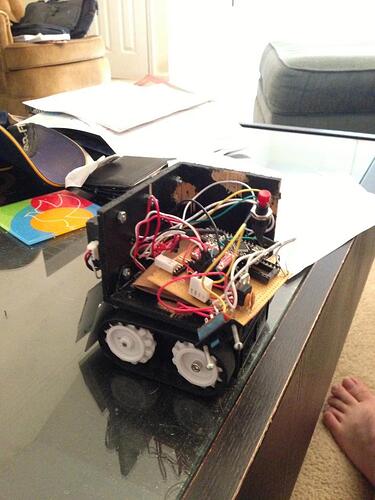 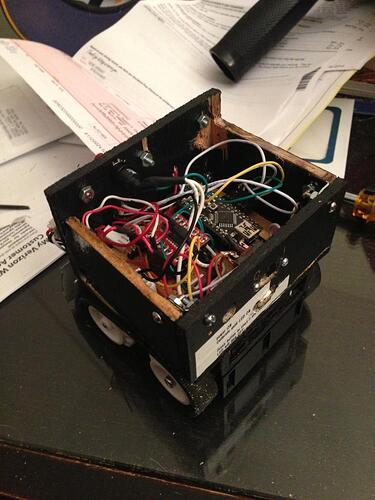 With this iteration I also improved the code a bit. I realized that I had been doing digital writes instead of analog PWM to the motor controller, so I fixed that and have much better speed control now. I also cut a hole in the bottom of the box to sink the 9V battery lower in the bot to lower the center of gravity.

The Mk2 version took 2nd place at the Atlanta Hobby Robotics Club Robot Rally competition (losing to the same opponent that it lost to at DragonCon.)

I’m now working on a new sumo using the zumo chassis + zumo shield. This new model is so low it might not even be detected by Bentobot given how high up Bento’s sensors are! 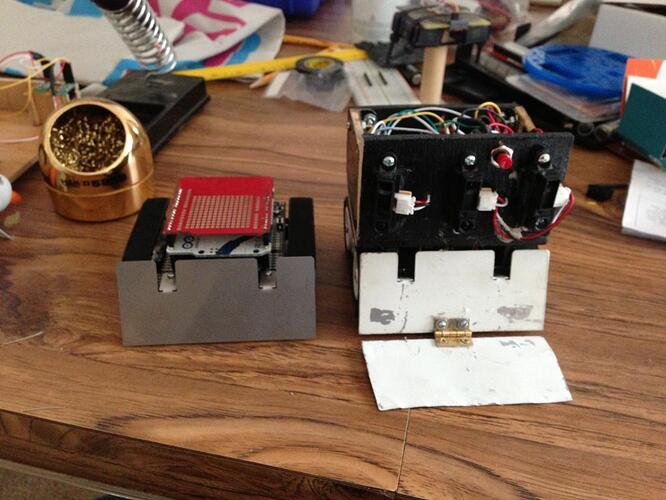 Hey, if you have two, you can pit them against each other, for at-home practice!

Thanks for sharing the details about BentoBot, and congratulations on your second place finishes! A while ago I found a video of BentoBot fighting on http://botlanta.org and I was curious to know more. Here’s a link to the video:

Yup, that was the competition!

Delta Force (the one I lost to) is undefeated and has been for like 10 years. Dale is tough to beat (he usually wins the all around competition at the AHRC Robot Rally every year.) I can’t complain though given Bento was my first bot build, and represented very little time spent designing and building.

I do need to do some code modifications - right now if I’m in the middle of a turn after detecting the line, I totally ignore the target sensors, so I’m missing opportunities to attack if something comes in my field of view while turning…

That fold down portion of the blade works wonders at depriving your opponents of traction. Is it white to confuse their edge sensors as well?

That Delta Force bot must have some amazing traction to be able to push BentoBot out of the ring. Your mass looks greater and you have treads.