Has anyone added a joystick control to the Balboa. I’m thinking about buying a bunch of these for a STEM event and will need to do more than just making it balance, Help!
Drew

I’ve done that with an RC transmitter, but the code is kind of messy, so I’m not sure how useful it would be for you. Do you have modular RC transmitters and receivers or is there some other joystick and wireless transmitting control system you had in mind?

I didn’t have anything in particular in mind other than being able to make
it do something more than just balance. I was thinking it would be nice to
be able to drive it around with the keyboard or a joystick connection to a
PC using wireless. That’s all. Do you know if anyone has done this?

Unfortunately, I don’t know of any specific projects like this, but it sounds generally doable. I suggest looking for a wireless serial module that you can use to send TTL serial commands to the Balboa (such as our Wixels). You could then program the Balboa to respond to some basic serial command protocol. The programming on the Balboa side might be relatively straightforward as the “Balancer” example code in our library contains a high-level “balanceDrive()” function that can be used to control the average left and right motor speeds while the robot balances.

Thanks. If this is Arduino based then i should be able to do it without
issue. I’m putting in my order tonight.

I added the BLE board from Adafruit and can control it from my phone. Here’s the video:

This is fantastic, did you by chance add the details somewhere on how you did it?

I haven’t until now. The code and library are up on Github along with some images of the wiring. One thing to note is that I had to tweak the SoftwareSerial library to swap out an interrupt so the serial port would not conflict (see line 229). The BLE board requires serial communication. It would not compile until I made the tweak. 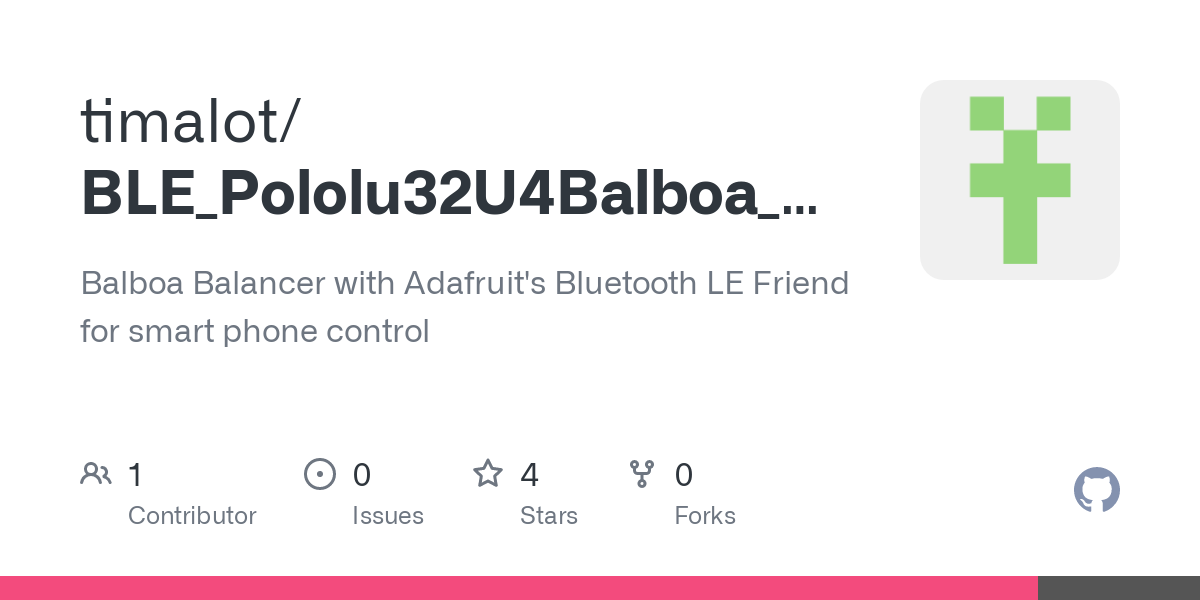 Wow Cool We’re working with HS students. Do you thin it would be too messy for them?

Wow, that is too cool I just watched the video. the students are going to love this.

Can you tell me what you used on the phone to make that happen?

Sure, the Adafruit BLE board uses an app available in the apple appstore or from google play. IOS or Android

There is some soldering, small parts, and crimping involved. You might want to build one for yourself first and see how it goes

I am not sure if it is too messy. Here is the code, though it will almost certainly require some modification for your application (the PID constants will probably need to be modified). You might be able to use the code for reading the RC receiver values with our other balancing examples (which are explained in this series of blog posts). The balancing algorithm in my code is a little bit different from (and probably not as robust as) the algorithm described in those blog posts.