Algorithm AVM uses a principle of multilevel decomposition of recognition matrices, it is steady against noise of the camera and well scaled, simply and quickly for training.

And now I want to introduce my experiment with robot navigation based on visual landmark beacons: “Follow me” and “Walking by gates”.

Walking from p2 to p1 and back

I embodied both algorithms to Navigator plugin for using within RoboRealm software.
So, you can try now to review my experiments with using AVM Navigator.

The Navigator module has two base algorithms:

-= Follow me =-
The navigation algorithm do attempts to align position of a tower and the body
of robot on the center of the first recognized object in the list of tracking
and if the object is far will come nearer and if it is too close it will be
rolled away back.

-= Walking by gates =-
The gate data contains weights for the seven routes that indicate importance of this gateway for each route. At the bottom of the screen was added indicator “horizon” which shows direction for adjust the robot’s motion for further movement on the route. Field of gates is painted blue if the gates do not participate in this route (weight rate 0), and warmer colors (ending in yellow) show a gradation of “importance” of the gate in the current route.

So, if robot will walk by gates and suddenly will have seen some object that can be recognized then robot will navigate by the “follow me” algorithm.

If robot can’t recognize anything (gate/object) then robot will be turning around on the spot
for searching (it may twitch from time to time in a random way).

Now AVM Navigator v0.7 is released and you can download it from RoboRealm website.
In new version is added two modes: “Marker mode” and “Navigate by map”. 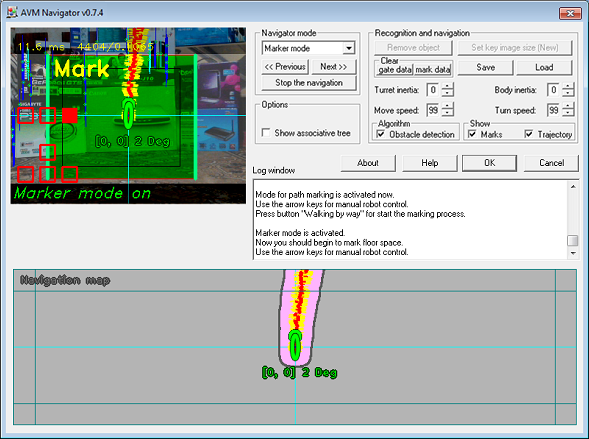 Marker mode provides a forming of navigation map that will be made automatically by space marking. You just should manually lead the robot along some path and repeat it several times for good map detailing. 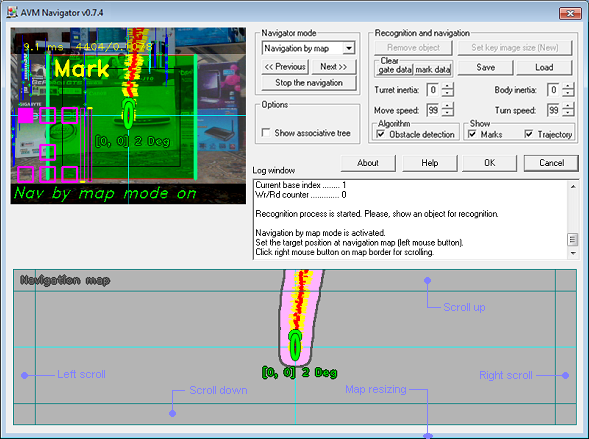 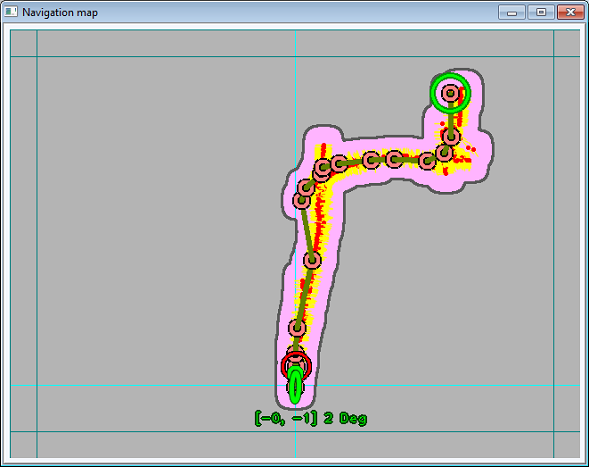 For external control of “Navigate by map” mode is added new module variables:

NV_IN_SUBMIT_POS - submitting of target position (value should be set 0 → 1 for action).

Don’t have a robot just yet? Then click here to view the manual that explains how to setup RoboRealm
with the AVM module to control the movement and processing of images from the Quake first person video game.
This allows you to work with visual odometry techniques without needing a robot!

The additional software needed for this integration can be downloaded here.

Is it possible to play with virtual robot in “Navigation by map” mode? 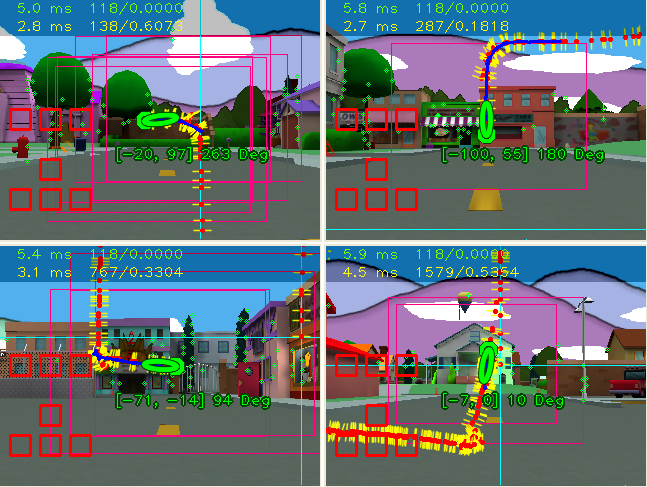 I have done new plugin for RoboRealm:

You can use the “DVR Client-server” package as a Video Surveillance System in which parametric data
(such as VR_VIDEO_ACTIVITY) from different video cameras will help you search for a video fragment
that you are looking for.

You can use the “DVR Client-server” package as a powerful instrument for debugging your video processing
and control algorithms that provides access to the values of your algorithm variables that were archived
during recording.

[quote=“Mel”]Hey EDV!
I finally got my hands on a Roomba robot that I could try with the Nav programs. I went through all of the items and tutorials. When I placed the robot in the NAV mode, it moved. All others did not move unless I used the arrows to train them. The Nav by map mode showed the progress, but I could not get it to move by clicking on Left mouse. When I clicked on Left mouse it did not do anything. I would like to make that work. Can it work on it’s own, or do I have to train it in one of the other modes?[/quote] 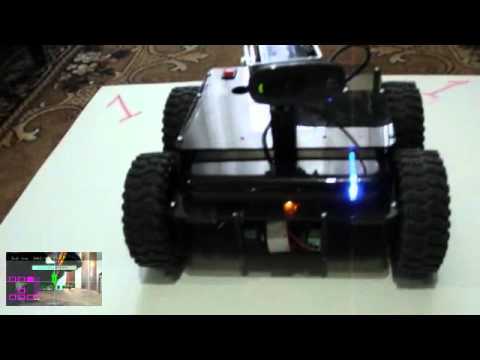 - The indication drawing was carried to ::Annotate method 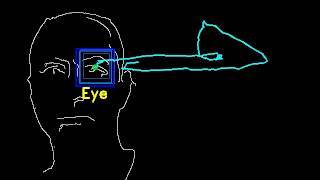 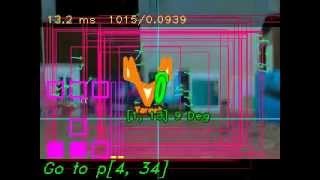 See here about all other changes.

I’m still working over AVM technology. Now I’ve founded my own company that is named Invarivision.com.
We are small but passionate team of developers that are working over system which would be able watch TV and recognize video that interests user.

And we need your help!

It seems that interface of our search system is good enough because we try to make it to be simple and user friendly but from other point of view it could be a total disaster.

Could you please take a look to our system and then tell us about good and bad sides of this?

The constructive criticism is welcome.

This is quite different from autonomous robot navigation.

Can you explain more about how the system would determine what video interests the user?

The user just uploads video which interests him to the search system and then system would search it on all channels that are scanned.

Also user can add own TV channel that interests him if system still does not have such channel.

So, in other words: AVM Video Search system provides service that allows customers to make audit of TV channels or searching of forbidden or copyrighted video in file with help of automatically recognition of the video content.

The main advantage of this system is direct recognition of separate images into analyzing of video content that is provide searching of very small video fragments about two seconds long.