Robotics and electronics discussion Share your projects
ZipZaps February 16, 2016, 1:03am #1

This is a manual typewriter that I’ve automated using servos and a stepper motor. It uses the speech recognition built into Windows to physically type out spoken words. I’m using a Maestro servo controller to control the servos and an Arduino and Big Easy Driver to control the stepper. The “fingers” move on small sections of linear rail. Here’s a video and some photos: 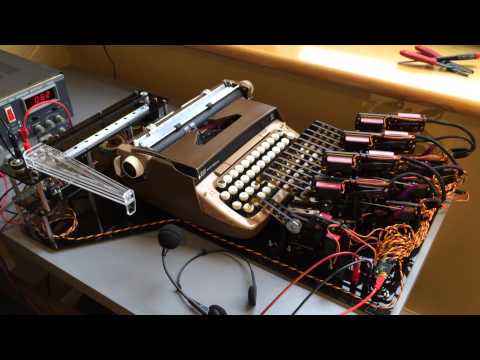 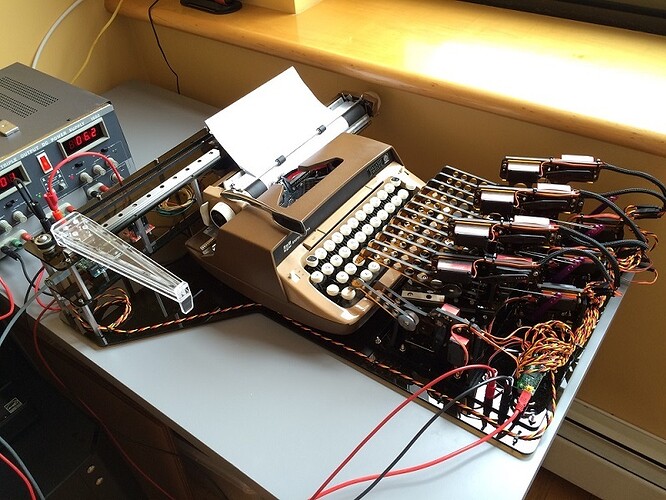 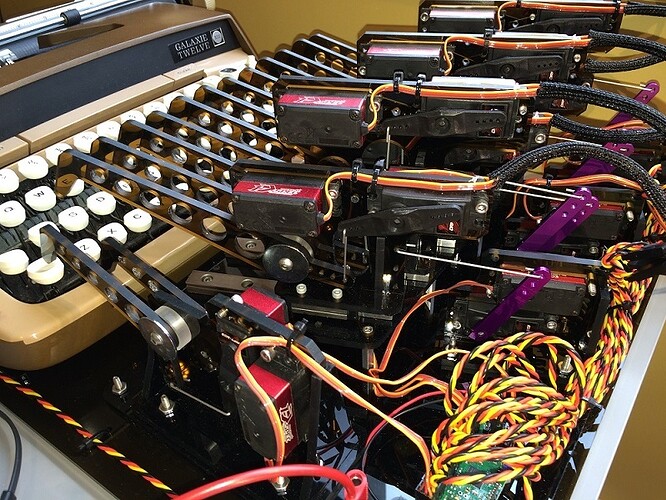 That is an awesome project. Your servo mechanisms look very intricate and it seems like the whole thing works really well. It seems like there are a lot of possibilities for a machine like that. Do you have any further plans for it, like exhibiting it somewhere? It seems like it would be cool to do its transcriptions on long continuous scrolls à la On the Road. Could you transcribe YouTube video content?

Thanks, Nathan. I don’t have any future plans for it but I do like the Kerouac idea!

Any chance for the Maestro board to have the power input trace split into groups? I had some issues which I suspect were related to the large current draw on power up (even though no movement commands were being sent).

It looks you are using the 24-Channel version of our Mini Maestro controller. The output pins on that board are divided into 4 separate banks of 6 outputs and, between those banks, there are pads on a 0.1" spacing that are connected to VSRV and GND. You could provide additional power feeds for the servos at those points. Also, if you want to use separate power supplies for the 4 banks, the trace for VSRV on the bottom of the board can be cut at those points, as shown in the in the following picture: 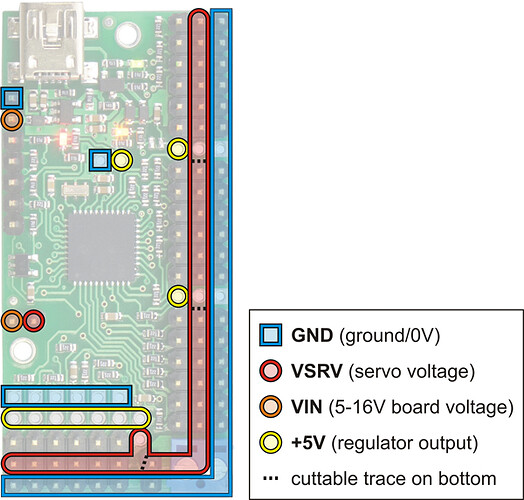 What kind of behavior are you seeing at start up? Do you have your channels set to “Off” on startup or error in the Maestro Control Center software? I have noticed that some servos tend to twitch a few degrees when powered up if they are not being sent a position. It might be better to specify a “Go to” position for startup and have the servos return to that position on shut-down.