My project involves a lot of Wixels powered by single LiPO cells, and I need to reliably cut power as completely as possible if the source voltage drops to around 3V. Otherwise I risk damage to the cells. Originally I was just going into Sleep mode, but the best i can do with an un-modified Wixel is still over 80 uA, which will still eat away at the cell if the circuit is left unattended for weeks.

Now I know snipping the regulator will allow for a much lower current, but this is a difficult and error prone task, and then I would need an external regulator (a completely charged LiPO may be 4.2V, higher than the CPU would tollerate). So long story short, I’m trying to develop an external method of shutting down the wixel, and this is my idea. If anyone can see any problems, or better yet see a way to do this with even less parts, please comment! 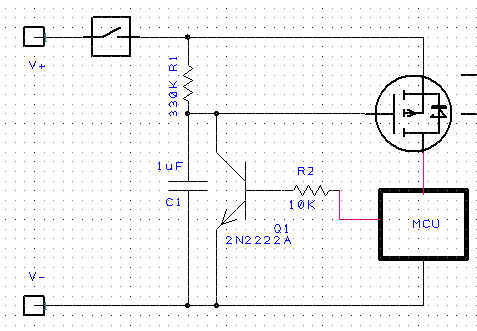 The idea is this.

I confess haven’t tested any of this yet, and am hoping to get some “sanity check” ideas before I start gathering parts. In particular, if this can be done with less parts, I’d like to know. I’m already employing a MAX1555 IC, along with a couple more resistors and caps to handle safe charging for the LiPO cell, from an external 5VDC source, and so the extra circuitry needed to use a LiPO cell has already become more elaborate than I’d originally hoped. And if its a dumb idea, feel free to shoot!

I have not thought about it too much, but with the right mix of parts, your design seems reasonable.

Honestly, I really wish I had a solution with fewer parts. If i could find the right MOSFET, with a higher VGS threshold of around 2.78V, I could just do this… 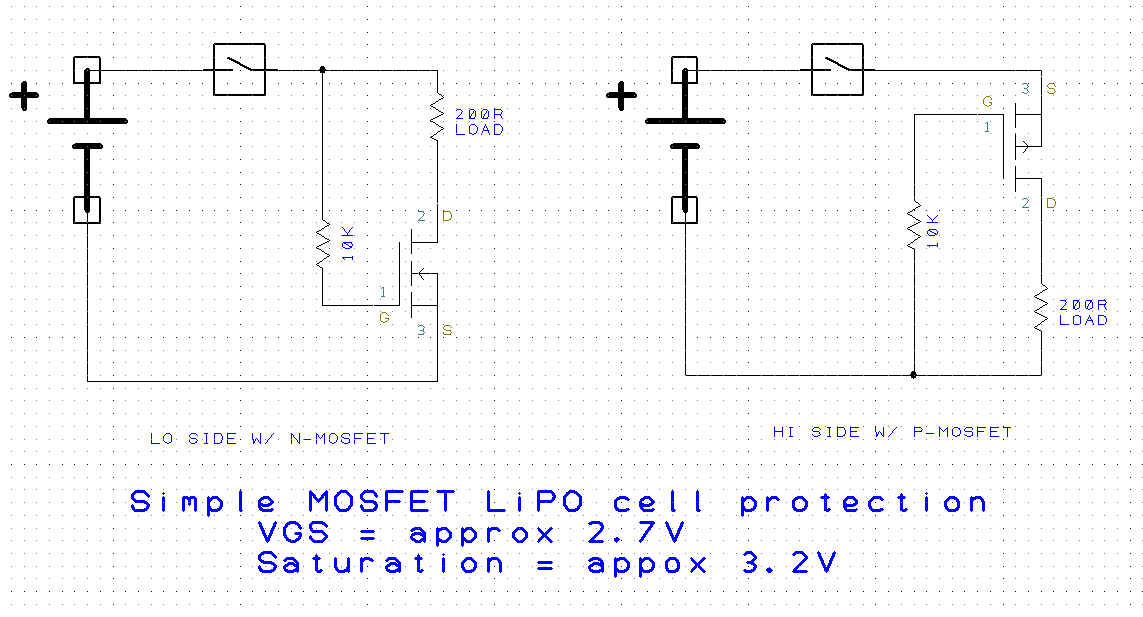 It wouldn’t be a sharp cutoff, but it wouldn’t matter because I will have already put the Wixel in sleep mode when the voltage got below 3V.

Wow! I’d forgotten I left this post here! Actually in the end I came up with this circuit, which I posted in a DIY section of my own website. Its 3 parts including the resistor, but surprisingly cheap to build, VERY effective, and VERY low cut-off current.