Here’s the problem I’m having:
I recently got two 60LED 1M strips, and it worked great until I tried them today. Emphasis: this worked fine at one point.
I tried to turn it on this morning, and I’m greeted with a stuck LED (though the LED has since changed positions and also changes colors) and an unresponsive data line.

I double check all of the wiring on my end, and it doesn’t appear to be a problem with any of the solder connections or arduino pins. I was able to verify that pin 12 (the default data pin in the example code) was sending some sort of oscillating signal, confirmed by a noticeable noise when I hooked up an 8ohm speaker between pin 12 and ground.

This happens when I use my battery pack (4xDcell=6v) as well as my power brick (5v), both of which worked before.

I think it’s funny to note that the stuck LEDs occur in approximately the same spot, with minor variation, and that the green light is never activated - only red and blue.

Here’s a few images of my setup/what’s happening 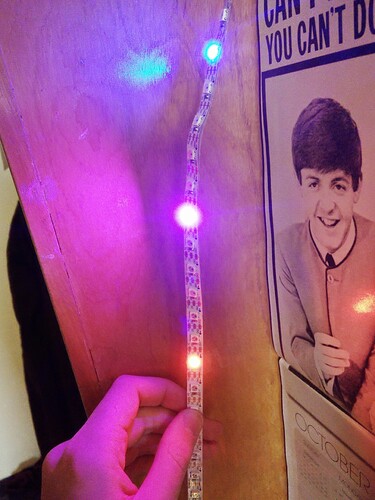 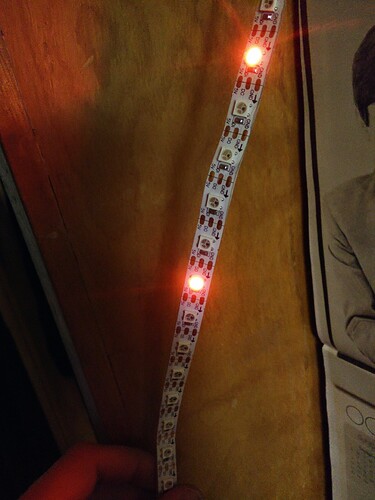 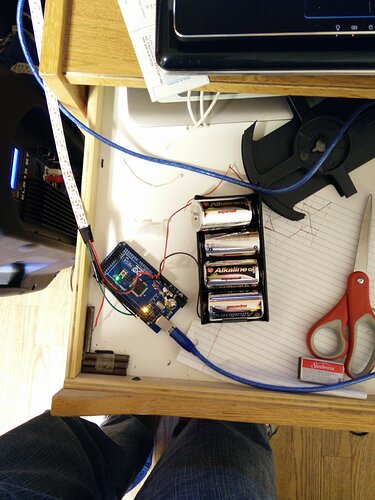 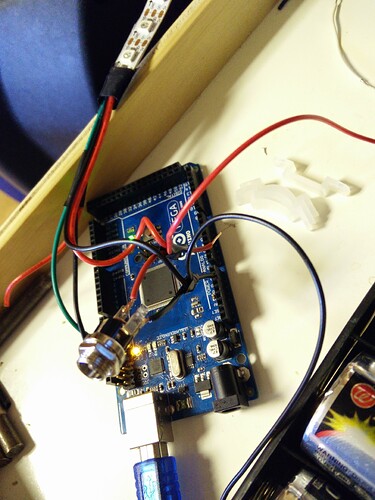 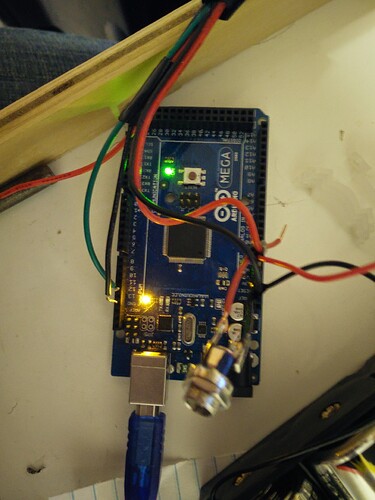 And here’s a video. Note, you may have to rotate your eyeballs to see this properly.

The lights turning on/off and flickering is me toggling the power applied to the strip (but not arduino - as it’s powered by my computer’s USB port.)

Has anyone run into this before/have any suggestions as to what to test next?

It looks like you are using our Arduino library for addressable RGB LED strips with an LED strip that we do not carry, but if it worked for you at some point, this probably is not the problem. I do not know if your LED strips work the same way as the ones we carry, but it does not look like you have taken any of the precautions noted under the “Connecting the LED strip” heading of our WS2812B Addressable RGB LED strip product pages. As mentioned in that note, it might only be the first LED that is damaged; you might try cutting it off and connecting to the second segment (preferably after adding some protection against damaging the strip). Also, please note that it is generally not good practice to make or break electrical connections while part of your system is powered, and you should not send signals to your LED strip unless the strip is powered.

Adafruit recently came out with a tutorial for their NeoPixels and using a ton of them at once. The tutorial covers a lot of the common problems you can have with these type of addressable strips. Basically what you can do to fix it and such.