The qtr sensors have stopped responding . When I load the line follower code it load fine ,but when it goes thru the calibration the LCD only shows a 0. When I load the demo it just shows 5 bars. If I hold it up to a window the four left bars reduce and the fifth stays the same. I had tried to load a code once and I noticed that one battery was not fully inserted.
Is this now junk or can something be done with it

So not to have someone giving this to much thought I found that one of the sensors fell off. Because of the warning on the box I thought that it had lost power during programing because of a loose battery. I guess it can be fixed. To bad I have only had it a short time. 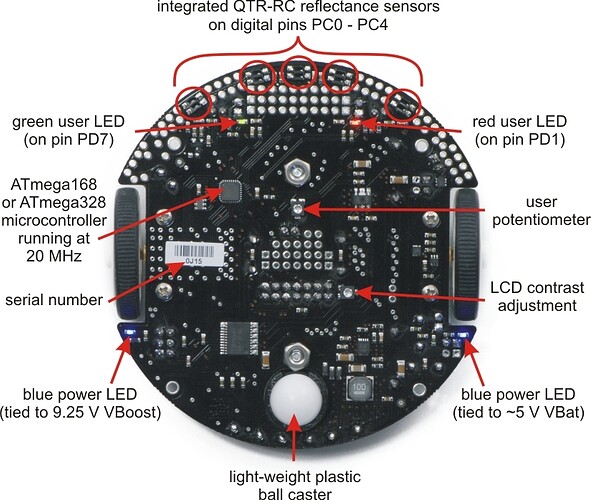