32U4 and Arduino Uno

The Pololu site says that " The Zumo control board is essentially a shield for the A-Star 32U4 Prime, Arduino Uno or Arduino Leonardo, each of which can be plugged directly into the shield’s male header"

But my Arduino Uno R3s have a power socket that clash with the Zumo shield charge connecteor.

Can you post some pictures that demonstrate how your Arduino does not fit on the Zumo shield? Could you also post a picture of your Zumo shield that shows its identifying markings?

You should be able to use our Zumo Shield Arduino library with an Arduino Uno; you do not need an A-Star specifically. Can you link to the documentation or the part of our code makes you think you can only use an A-Star?

With power connector chopped off: 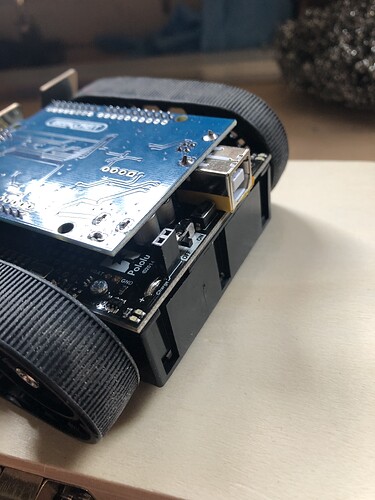 With power connector still on the Uno: 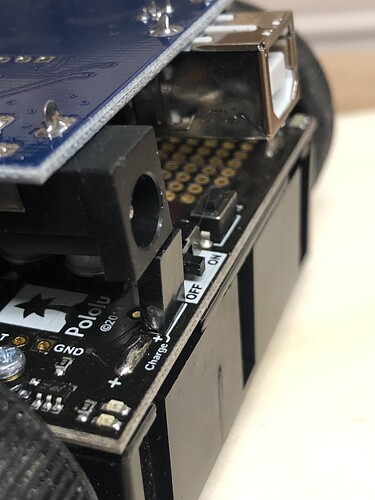 I can see the issue now. The Geekcreit UNO is not the same as the normal ones.

I am glad to gear you figured out the problem. Thanks for letting us know.