I am pleased to introduce the new Pololu USB AVR Programmer. 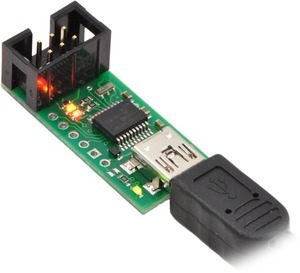 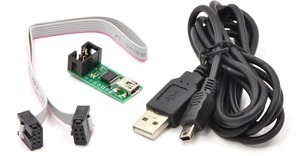 The new Pololu USB AVR Programmer is smaller and cheaper than our old programmer, and it has two awesome bonus features: 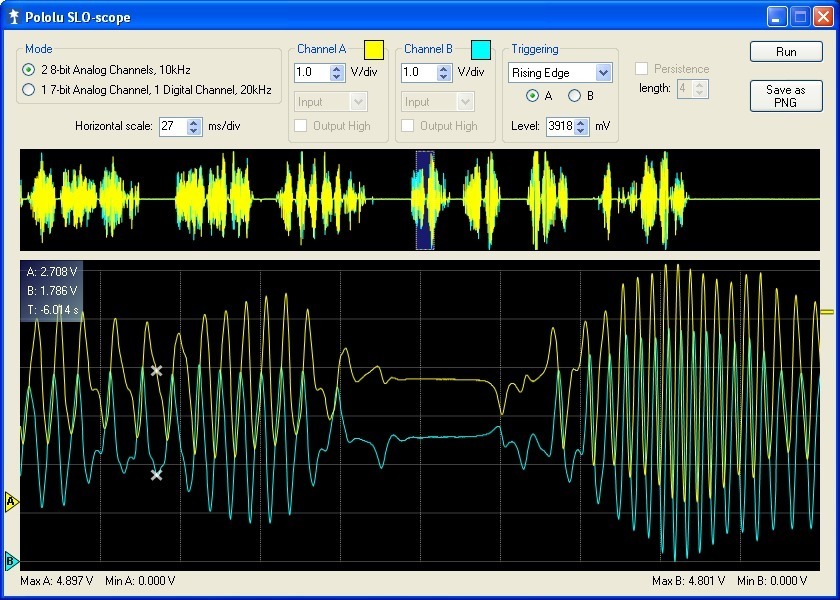 Bonus Contest: Win one of these programmers by replying to this thread with the correct identification of what the signals are in the SLO-scope screenshot above!

The signals look like stereo audio waveforms of someone talking or singing a cappella (silence during the natural pauses so it probably isn’t music). It looks like the frequency varies between about 120 and 240 Hz, which sounds reasonable for a voice. Unfortunately I can’t read waveform.

is it an accelerometer on something that is vibrating?

The quadrature outputs (analog) of a rotary encoder ?

Nope, that’s not it!

No, it’s not any kind of audio capture.

thats probably the output from one of these pololu.com/catalog/product/1217

A signal sensed by a hall-effect current sensor

No, plus we probably wouldn’t consider that a complete answer since the question of what the hall sensor is sensing would still remain.

I know this is an old thread, but was this ever answered? It looks like a signal from a reflective line following sensor???

I guess it’s been long enough that we can end the contest. The signal is from the two phases of a stepper motor I was manually turning back and forth (one side of each coil was connected to around 2.5V so since the SLO-scope only has a range of 0-5V). Some characteristics that give it away are that the two signals are 90 degrees out of phase and that the amplitude is proportional to frequency. In the close-up, the phase difference changes from blue leading to blue lagging because the motor changed directions in the middle.