I’m working with Digilent’s Cerebot, which uses the ATMega64 atmel chip, a SMC02B motor controller and two 100:1 Micro Metal gearhead motors and am having no luck getting the motor controller to respond…for the most part. Every once and a while the second motor (connected to pins 8 and 9) will pulse as if the motor was properly configured followed by nothing. This is also incredibly random and happens very rarely.

Right now I’m working with some fairly simple c code, just initializing the USART and attempting to communicate with the chip:

If anyone has any clue why it’s not even responding to the configuration command, that would help me out a ton.

Hello,
Your main() function for the AVR reaches its end after starting to send the last byte, right? This is generally a bad thing to do, since it can cause random behavior like what you described. I’m not sure that that’s the problem, but if you can try putting a while(1); statement or something like that after sending the bytes, maybe you’ll have better luck.

By the way, do you have a way of debugging the serial output? An oscilloscope would be best, but even an LED or a voltmeter on the serial output can be a big help in figuring out what the problem is.

During testing I did add a loop near the end to no avail. My serial commands do seem correct when ran through an oscilloscope.

A concern of mine is that the baud rate might not be 9600 since the internal RC oscillator of the ATMega64 is calibrated for 5v but the Cerebot board uses an onboard 3.3v (3.2?) regulator. When connected to my AVRISP it runs at 5v though, so I think that’s probably not the problem, but a concern none the less.

The micro motor controller should be able to adjust to whatever baud rate you’re using, even if it’s not exactly 9600. Can you post screenshots from your oscilloscope and pictures of your setup?

Yeah, I’m not in the lab right now but will be heading over there soon. 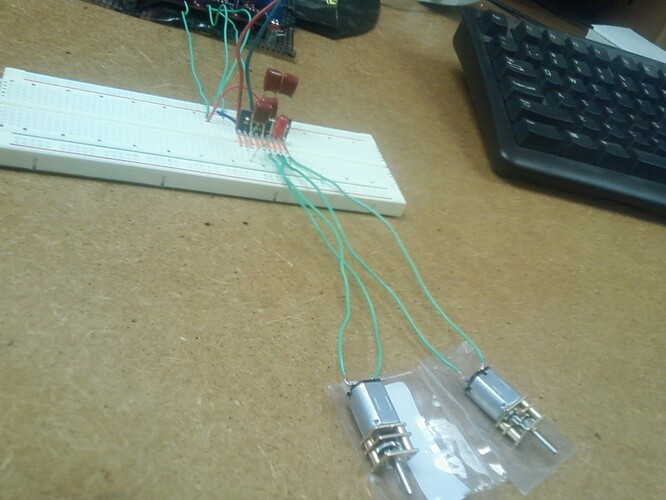 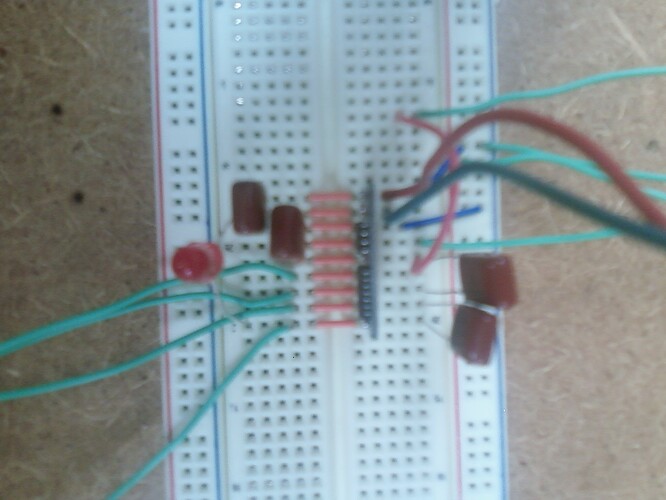 Alright! After a bit of work with the oscilloscope, we figured out that we were sending 6 data bits instead of 8. Coincidentally, the ATMega64 databook says the default settings are for 8 databits but without setting them appropriately, we were only seeing 6…

Thanks for the help!

Great! I’m glad you got it working. Could you post your final code here in case someone else has trouble with the 6-bit/8-bit difference?

Absolutely. I’ll post a bit of testing code for both single and dual modes of operation - should be enough to get anyone with an Atmel chip started.