Mount Raspberry Pi on Zumo 32U4

I am looking for a small robot to use in a classroom setting that needs to be driven by an Arduino compatible microcontroller that is in turn driven over a serial connection by a Raspberry Pi. I like the Zumo 32U4 because it simplifies the wiring and gives quite a few sensors to work with.

Does anyone have any recommendations on a good way to mount a Raspberry Pi on a Zumo 32U4–particularly ways that are efficient and tidy if I need to do it with 20 or 30 robots?

Also any advice on how to handle power? Ideally I’d like a setup where students can plug the robot into power while programming and testing and charge the batteries. If it is possible to unplug it and switch to battery power without reseting anything, that would be ideal.

If the Raspberry Pi is powered and plugged into the Zumo’s serial port, my understanding is that the logic to the Zumo board will be powered from the Rpi’s serial port. Is that correct?

Any warnings, guidance or suggestions are greatly appreciated.

Just to see what the form factor looks like I put two stand offs in the front and screwed the Pi into that. It worked better than I expected but I’m still not sure the best way to power everything and the USB power input for the Pi is a bit too close to the track. 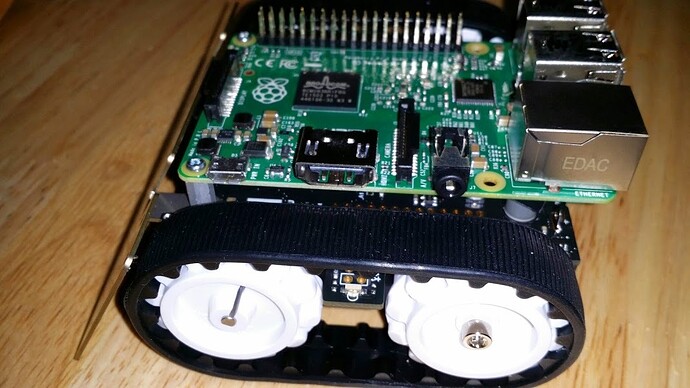 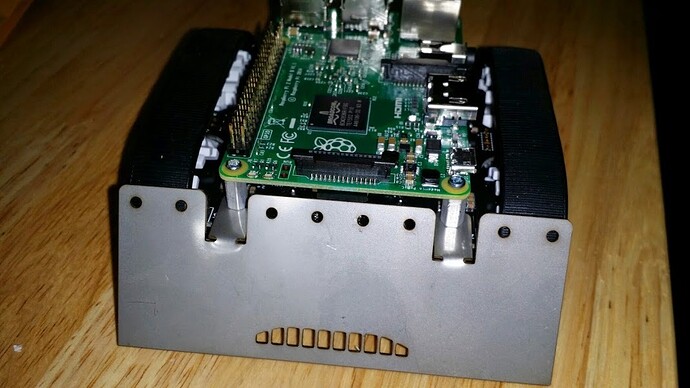 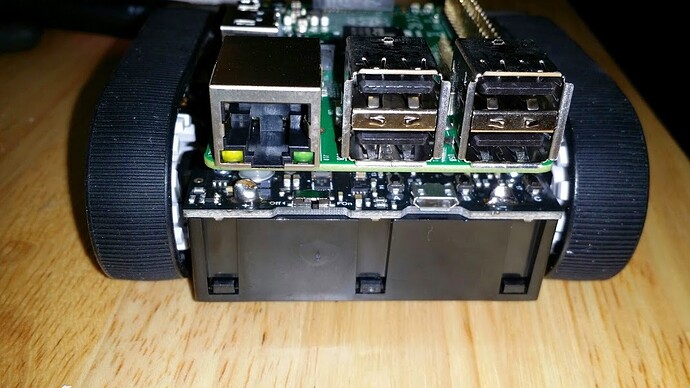 That is an interesting project, and we would like to hear how it turns out. Unfortunately, we do not have any good recommendations for mounting the Raspberry Pi onto the Zumo 32U4. We generally do not recommend charging the batteries while the Zumo is on. You can still program the Zumo 32U4 while connected to USB with the switch off and the board will not draw from the batteries. We do not have a good recommendation for sharing power through USB between the Zumo 32U4 and Raspberry Pi; however, you can power the Raspberry Pi from the Zumo’s regulator by connecting their 5V lines together.

Thanks Grant. You suggested hooking the 32U4 5 volt output to the Pi. I see a couple people who suggest that I can do this by connecting to the GPIO pins. Is that what you were suggesting? If so is the 5v output from the 32U4 regulated and safe to hook up like that or would I need a diode or something?

Also with an Arduino Uno I can connect pi GPIO pins to pin 0 and 1 to program and to send and receive serial data. Is that true for the 32U4? I see I’d lose the ability to use the LCD, but the pi is going to cover it anyway so no big loss.

It should be safe to connect the 5V lines of the two boards to power the Raspberry Pi from the Zumo. However, you should be careful not to connect different power supplies to the 5V pin and the normal USB power input at the same time; doing so could damage your electronics.

Raspberry Pi logic runs at 3.3 V, and a GPIO connection to a voltage higher than 3.3V will likely damage the board. Since the Zumo 32U4 uses 5V logic, you should consider using a level shifter for serial communication between the two devices.